Shares in Aston Martin crashed to a record low as fears mounted over the state of its finances.

The luxury car maker – James Bond’s choice of vehicle – said it is keeping ‘funding options under review’ following reports it is seeking to raise fresh cash to shore up the business.

Aston Martin could turn to foreign hands for help, with Saudi Arabia’s Public Investment Fund (PIF), which backed the takeover of Newcastle United last year, reported to be in talks over an investment worth up to £200million. 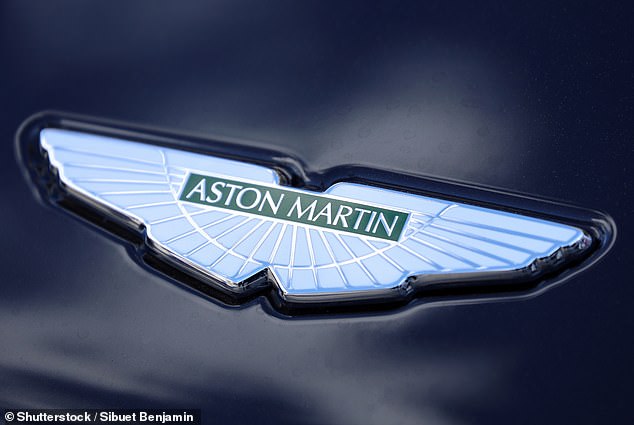 ‘The company regularly keeps its funding options under review,’ said a spokesman for Aston Martin. ‘Any funding option, if explored and executed, would be to support and accelerate the company’s future growth.’

Aston Martin added that trade has continued in line with expectations while reiterating its guidance for the financial year.

The company, which is set to roll out new sports car models next year, told shareholders its order books are currently ‘robust’ and have ‘strengthened further in recent months.’

Shares closed down 8 per cent, or 38.2p, at 442p having tumbled as much as 25 per cent in early trading. The company is now worth just £538million having lost nearly 90 per cent of its value since floating on the stock market in 2018.

Aston Martin, which was founded in 1913, is among the most shorted stocks on the London market as investors ramp up their bets against the company.

‘The company has been a disastrous investment since joining the stock market and anyone looking to back the company now would no doubt want a great deal to compensate for the risks involved,’ said AJ Bell investment director Russ Mould. 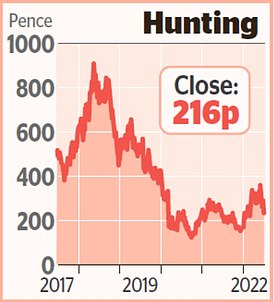 Shares in Hunting plunged amid fears over its profits.

In a trading update, the energy services company told investors that it expects half-year profits to range between £13million and £15million.

Profit during the second half was likely to improve, Hunting added in the note.

But analysts at Jefferies said full-year profits would only be around £33billion – well below the £50billion expected.

The London stock market has clocked up its worst quarter since the pandemic-led carnage of early 2020 as storm clouds gather over the global economy.

The business, which supplies products ranging from disposable tableware to latex gloves and cleaning chemicals to private companies and the public sector, said it expects first-half revenues to be up 16 per cent on the same period last year.

Bunzl which also snapped up businesses in Germany and New Zealand in June, will post its results for the six months to the end of June on August 30.

FTSE 100 firms B&M and Burberry traded ex-dividend, meaning investors who bought shares after yesterday would not be entitled to the pay out.

With a summer of discontent looming, some of Britain’s biggest companies face a wave of strikes.

The Communication Workers Union (CWU) has blasted the telecoms giant over what it deemed an inadequate pay rise amid rising levels of inflation.

Royal Mail, meanwhile, whose managers voted to strike earlier this week, had its ‘sell’ rating reiterated and target price cut to 205p from 355p by analysts at Liberum. The broker pointed towards ‘significant’ short and long-term challenges faced by the FTSE 250 delivery group.

Alongside industrial action, rising costs and a likely recession, Liberum said Royal Mail’s margins are being squeezed by a lack of growth and consistent productivity. Shares, however, rose 0.5 per cent, or 1.4p, to 269.7p.

Some links in this article may be affiliate links. If you click on them we may earn a small commission. That helps us fund This Is Money, and keep it free to use. We do not write articles to promote products. We do not allow any commercial relationship to affect our editorial independence.

The fight to recover ill-gotten gains is gathering steam: Ramaphosa